German Heavy Metal legends Running Wild, led by enigmatic front man, Rock N’Rolf Kasparek, single handed invented the pirate metal genre with their 1987 breakthrough album, Under Jolly Roger. It’s follow up ‘Port Royal’ and the subsequent ‘Death Or Glory’ only served to reinforce the Hamburg quartet in the hearts and minds of the global metal community. Their meteoric rise saw them perform in front of rabid crowds across Europe and both album tours were documented with the classic live album, ‘Ready For Boarding’ and a VHS video of a show from the Death Or Glory tour. Now these two have been combined to create an expanded edition of this seminal live album with the CD version boasting the concert film on DVD for the first time ever and the double colour LP featuring the recordings from both.

After the Death Or Glory tour wound up there was a change of members in the bands ranks, so they headed back to the studio in 1991 and re-recorded the biggest tracks from their first three albums. The result was ‘The First Years Of Piracy’ and thus closed the first chapter in Running Wild’s career.

Both ‘Ready For Boarding’ and ‘The First Years Of Piracy’ have been out of print for several decades and after the voices of fans demanding their reissue, they are now back out on CD, DVD and colour LP. 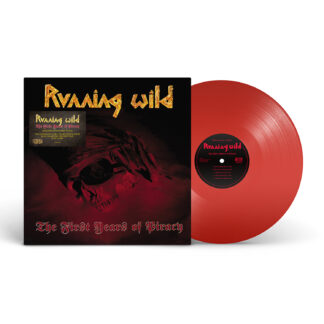